Dear Colleague,
The Association of Teachers of Spanish and Portuguese will be having its annual Gala on Saturday, April 16th at John Jay College.
This year's gala will be dedicated to Guatemala.  There will be presentations on the country's history, culture and literature.  Our keynote speaker will be the Consul General Myriam De La Roca.
Teachers will be given PD credit certificates for their attendance.
There is more information about the gala and registration on the attached newsletter.
If you have any questions, kindly contact me at Blopez@aatspmetny.org
Sincerely,
Bernie López

The Assessment and Evaluation Language Resource Center (AELRC) at Georgetown is conducting a nationwide survey about Seal of Biliteracy implementation and we would love your help in disseminating the survey. Would you be able to share the survey through your listservs and/or social media? Included below are two suggested messages to share. The first blurb below is designed for listservs/emails, while the second blurb is designed for Facebook and Twitter. If you would like to include an image, you could use the Seal of Biliteracy logo or the AELRC logo, both attached to this email.

If you are willing to share this content, we ask that you please do so by Friday, Jan. 24.

We would also like to invite  you to take the survey yourself, to share your experiences and expertise.

The Assessment and Evaluation Language Resource Center (AELRC) at Georgetown is conducting a nationwide survey about a new initiative you may have heard of called the Seal of Biliteracy. The Seal of Biliteracy is an award given by some states to graduating seniors who show that they can proficiently use two languages (see this website for more details: http://sealofbiliteracy.org/). We hope that our research will help policymakers understand what works and what doesn’t about this new initiative.

If you are an educator involved in implementing the Seal of Biliteracy, we would like to invite you to participate in the survey to share your opinions, experiences, and ideas about this new policy. The survey will take roughly 15 minutes to complete. Your information will be kept confidential to the best of our ability. We hope to have your perspective included. Thank you!

----------------
Are you an educator involved in implementing the Seal of Biliteracy? We want to hear from you! Our colleagues at @AELRCDC invite you to participate in a survey to share your opinions, experiences, & ideas about this new policy. ~15 minutes to complete.
surveymonkey.com/r/ZDF79RR
----------------
Thank you! Please let us know if you have any questions,
Meg Malone, Ph.D. and Margaret Borowczyk
--
Margaret Borowczyk
Department of Linguistics
Georgetown University
mb2134@georgetown.edu | (718) 594-2902


Aloha, friends!
Attached and below is info about a summer institute for K-12 language teachers that I will be offering in collaboration with Dr. Helena Curtain and the Punahou School in Honolulu, Hawaii in July. Please feel free to share this far and wide with your language teaching colleagues.
Mahalo!
~Lori
--
Lori Langer de Ramirez
lori@miscositas.com
www.MisCositas.com
WHAT?    4-day institute: Best Practices in Joyful Language Teaching and Learning

» Authentic cultural materials in the classroom

» Storytelling and folktales as cultural texts

WHO?       This intensive institute is designed for novice and veteran K-12 teachers of all languages.

Attendees will: be exposed to cutting edge methodologies in language

teaching and learning from experienced scholars and practitioners in the field; utilize practical tips and tactics that can be applied to their classes; design and develop sample lesson and curricular plans for use in their home schools; network with colleagues from across the U.S. and around the world in a friendly and scholarly setting.

These three full-day workshops are open to any New York State (NYS) World Language Teachers or Administrators.  They are offered free of charge and will be held in each our of 7 regions of New York (Buffalo, Rochester, Syracuse, Albany, Hudson Valley, New York City and Long Island - see locations below) from 9:00 a.m. – 3:00 p.m.  A total of five (5) CTLE hours will be granted for attendance at each workshop.  While this a related series of workshops, participants may choose to attend one, two or all three, depending on their professional development needs.  For detailed workshop descriptions, dates, locations and presenter information, click on the appropriate link(s) below.

Lea Graner Kennedy was the 2016 Supervisor of the Year for the National Association of District Supervisors of Foreign Languages (NADSFL). Lea is a French and Spanish teacher and administrator with Stonington Schools (CT) and also serves as a world language consultant working with many districts. Lea is on the board for NADSFL, CT Council of Language Teachers (COLT) and currently serves as the President of COLT. Lea was the NECTFL (Northeast Conference) Emerging Leader named to participate in a two-year cohort through the national Leadership Initiative for Language Learning (LILL) program. Lea recently has provided several workshops for ACTFL, supporting language educators examining their practices to become even more effective.

Greta Lundgaard has been involved in world language education for over 30 years, 15 years as a German/Biology/English teacher and 15 years as a district supervisor. Greta was named the NADSFL Supervisor of the Year in 2014, received the ACTFL Florence Steiner Award for Leadership in K-12 Education in 2016, and in 2017 was awarded the Ludwig Award for Leadership in World Language Education by the New York State Association of Foreign Language Teachers.   She has served both on the Board of Directors and as President of the Texas Association for Language Supervision, the National Association of District Supervisors of Foreign Languages, and the Southwest Conference of Language Teaching.  Currently Greta facilitates professional development workshops for ACTFL, supports implementation, professional development, and outreach for STARTALK, and consults with state organizations, schools and school districts on world language professional learning and curriculum development projects.

Paul Sandrock directs ACTFL’s professional development and initiatives around standards, curriculum, instruction, and performance assessment.  While at ACTFL, Paul has facilitated the revision of the national World-Readiness Standards for Learning Languages and the NCSSFL-ACTFL Can-Do Statements, and before that was a member of the original Integrated Performance Assessment development team. Previously, Paul was Assistant Director of Content and Learning at the Wisconsin Department of Public Instruction (DPI), coordinating the areas of English language arts, mathematics, international education, and world languages. He earlier served as the Wisconsin DPI statewide consultant for world languages. Paul taught Spanish for 16 years in middle school and high school and authored The Keys to Assessing Language Performance as well as Planning Curriculum for Learning World Languages. Paul previously served ACTFL as a board member and president and received ACTFL’s Florence Steiner Award for Leadership in Foreign Language Education, K-12.

Laura Terrill taught French at all levels for 21 years before becoming the Coordinator of Foreign Language and English as a Second Language and then Director of Curriculum in the Parkway School District in St. Louis, MO. She has taught methods courses at Washington University in St. Louis and at Butler University and IUPUI in Indianapolis and continues to present frequently at the state, regional and national levels. She has served on the Board of Directors for Central States and ACTFL. She is the recipient of the Founders Award for Central States and has been named a NADSFL District Supervisor of the Year. She is currently working as an independent consultant, has served STARTALK in a variety of roles, and leads numerous workshops and projects for ACTFL.

Hello! This March 1 conference is for administrators, dept chairs, district supervisors or teacher leadership in curriculum. I am coordinating the conference. Please encourage admins to come. We want them to get the message! Stay tuned because I want to have live streaming for all and will send details as I get it.
I also am planning a conference for June 6 for teachers. Save this date and aflyer will  follow.
Thank you so much,
Jennifer
Dr. Jennifer Eddy
PI: NYSED World Language Standards and PD Initiative
Assistant Professor of World Language Education
Queens College, CUNY
Powdermaker Hall 150
Flushing, NY 11367
718-997-5150
We certify teachers in Arabic, Chinese, French, Hindi, Italian, Korean, Spanish, Russian, and Urdu.
Click here for info on all programs:
https://www.qc.cuny.edu/Academics/Degrees/Education/SEYS/Pages/World-Languages.aspx
World Language Education Curriculum Design
https://www.worldlanguageeducation.com/

Spanish words from all over the world:

Where To Find Us:

Want to Become a Member?

For more information, use our contact form. We look forward to hearing from you! 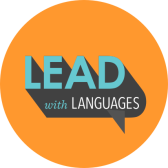